The deal comes after General Electric Co., who occupied the office park since 1974, made the decision in early 2016 to move its corporate headquarters to a 2.4 acre campus in Boston, MA. The company will construct and occupy a new, $200M headquarters in the Fort Point area, taking with it nearly 800 Connecticut jobs and as much as $1.5M in annual tax revenue for the town of Fairfield.

The move by Sacred Heart University comes at a time of expansion for the private institution, which was founded in 1963 and currently has as many as 4,400 undergraduates enrolled. With the inclusion of this site and acquisition of property surrounding its campus on Park Avenue in Fairfield, the university acreage has grown to roughly 200 acres. These numbers do not include the 150-acre Great River Golf Club in Milford, CT that Sacred Heart University bought in December 2015 for $6M.

Subject to planning and zoning approvals by the town of Fairfield, Sacred Heart will begin relocating various arts, STEM, and business programs to the GE Campus as early as 2017. Most notably, the university plans to move certain elements of its Jack Welch College of Business to the new campus. The school is named in honor of Jack Welch, CEO of GE for 20 years, creating a historical bond between the property’s rich history and promising future. 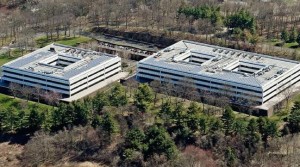